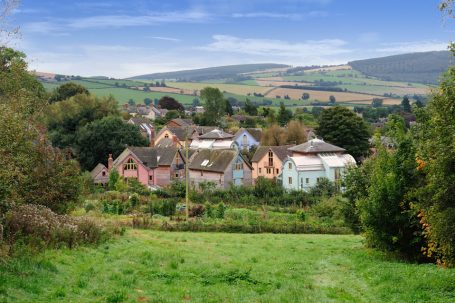 Awards. The Wintles, our neighbourhood in Shropshire, has been long listed for the prestigious RIBA J MacEwen Building Award.

“This is a new 40 house neighbourhood for the medieval market town made up of four clusters of eco-houses set on five acres with an additional 12 acres of woodland, orchards, allotments, livestock, vineyard and bees. Using A Pattern Language for the design brief, architects and designers were commissioned to create a development with a clear identity. The result is hugely successful and much loved by its residents.

The project engages with the local town by establishing safe and interesting walking and cycling routes via existing rights of way and permissive paths. Through this residents have invested themselves more in the local economy and have many social activities on site. The houses’ layout encourages social interaction, which has led to a strong sense of neighbourliness, resulting in shared resources and time that reduces carbon footprints. The houses are all different but all are highly energy efficient, using passive and active solar gain, heat recovery and low energy systems together with super insulation, triple glazing and airtightness to result in minimal energy use.

The result is the creation of a strong community through the design of the shared spaces and resources. The Wintles is an exemplar for energy efficient schemes promoting social interaction and inspiring similar developments across the UK.” 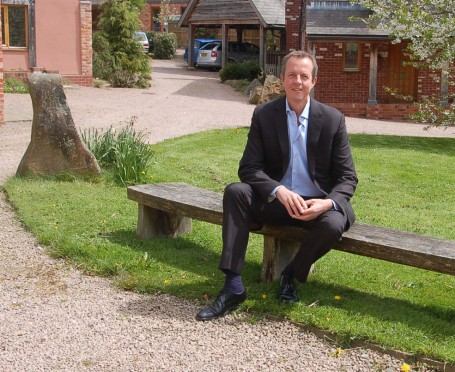 “Ten years ago, on the edge of Bishops Castle in Shropshire, Bob Tomlinson and Carole Salmon set out to create a new, contemporary village, a friendly place that people would want to live. The result was The Wintles, one of the most exciting and enchanting collection of new houses anywhere in England. The houses are all different. They are unashamedly contemporary but incorporate vernacular features in a bold and imaginative way. They use a wide range of both natural and manufactured materials and make a priority of the spaces between the buildings (both private and communal) and the planting of them.”

“… in Bishops Castle I believe that the Living Village Trust created a model for our future. One of which Ebenezer Howard would be proud.” Nick Boles 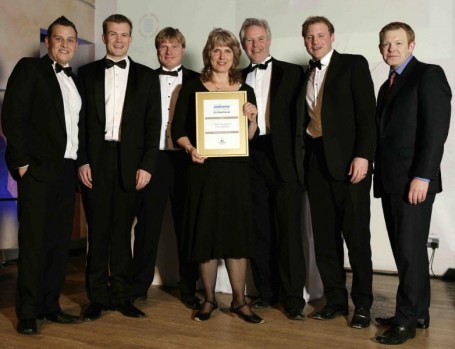 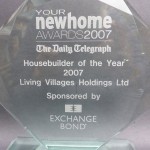 “Quite simply, in the judges’ opinion, The Living Villages Trust is the most innovative privately-funded house-builder currently developing in Britain”.

“Its flagship development, The Wintles, in Shropshire, is testimony to a company philosophy that embraces the concept of building sustainable communities where people genuinely want to live and interact with one another to enjoy a high quality of life.” The judges at House-builder of The Year Awards 2008. The Living Villages team collects a whole host of prizes including; House-builder of the Year, Best Landscape Award and Best Environmental Development.

Lunch at Clarence House with HRH Prince Charles in 2010. 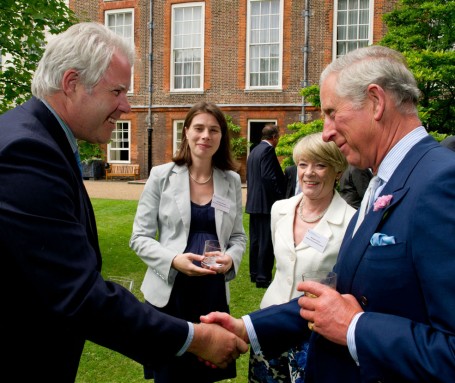 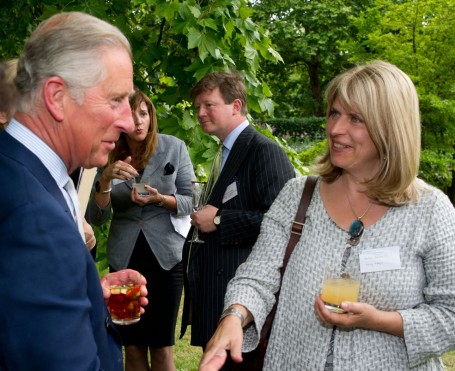 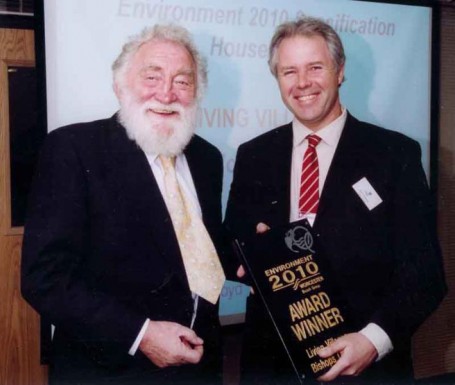 Veteran environmental campaigner David Bellamy and Bob Tomlinson at the Worcester Bosch Environment 2010 awards for excellence at the awards ceremony at Waddesdon Manor, Aylesbury in 2003. 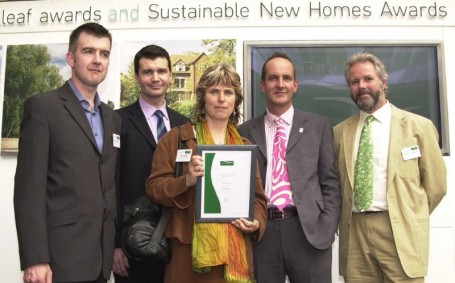 The Sustainable New Homes Awards in 2004.

The award was launched in October 2003 by the House Builders Federation and WWF with the aim of encouraging sustainable housing.